Two fugitives are involved in an extraterrestrial hit and run and their attempt at a coverup distracts from the real danger.

Production Designer
Behind the Scenes

Makeup Effects
Behind the Scenes

"Second Contact" features practical special effects including a monster tail birth and a latex mask to create a visitor resembling a blue primate. The RODE NTG4+ was our primary mic used to capture dialog as well as some foley in post. The Stereo VideoMicPro made its way into the production as well for a run-and-gun style flashback sequence. The alien kill room set was just your average suburban Chicago apartment, decked out with hardware store plastic and an alien body bag to fill it all in. 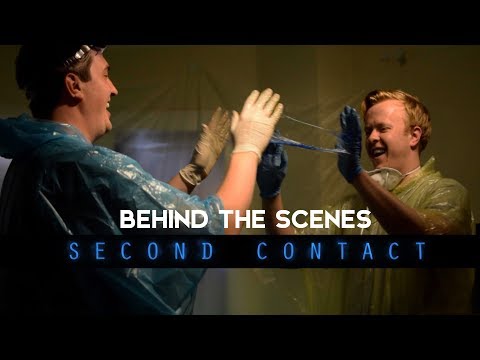 Doomsday on the Rocks My Rode Reel 2017