A teacher who dozed off in his classroom awakens to find that everyone in the school has vanished. While walking through the halls to find any sign of life, he stumbles upon the truth.

This is a BTS look at some of the scenes from our film short horror film, "Classroom Zero". The location is a Middle School, and we used a couple of classrooms and hallways. Some of the students from the after-school program took part in the story idea, acting in the film, and served as crew to help make this film.

We used the Rode NTG2 microphone during the hallway scenes. We filmed with Canon DSLR cameras. 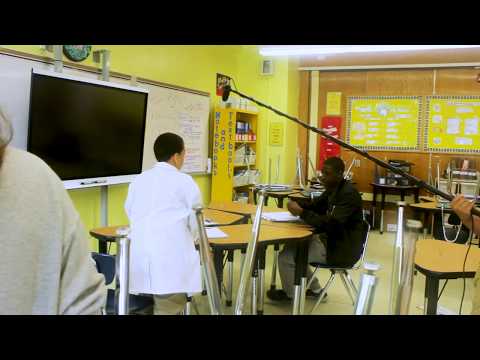