While trying to relax with a movie at home, a young couple keeps getting distracted by their phones from the constant chat messages from other people. An argument starts and things escalate from there.

Behind the scenes for our Entry into the My Rode Reel 2017 short film competition. Chat Wars was written and performed by Kundai Vera and Nompilo Hlongwa. Shot on location in Durban South Africa on the Sony FS700, edited in Premiere Pro CC. Graded in Davinci Resolve. Microphones used where the Rode NT2000 and the Video Micro. Motion Graphics and VFX in after effects and final mix in Protools. Original music was composed for the fight scene and my other original film "Stranger Danger" was used as the TV ambience 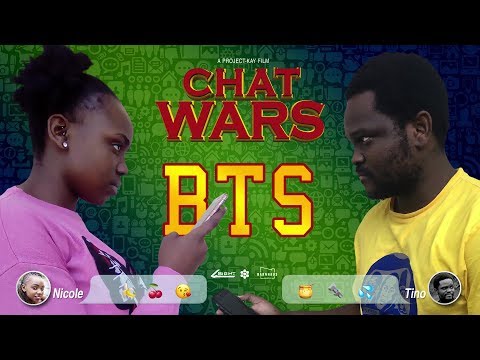